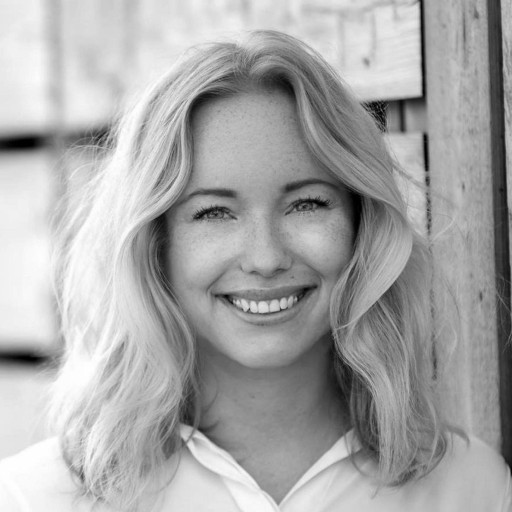 Big companies have a lot of advantages when it comes to managing their presence in the fast-developing world of business. Solid channels for distributing, an established brand and strong...

If you ask the most influential New Bizz trendspotters like Harvard and Forbes, the answer is clear: No! The reason? They are not designed for innovation. When a company reaches a certain size, in which it has found a specific model for achieving its objectives, structure, frames, and processes are formed around this model. Which will work fine – for a certain time. Because of the rapid change in the world of business, both technically and in the ways we work, the once effective model quickly becomes outdated in an environment in which taking risks and embracing innovative ideas coming from within, is necessary for businesses to survive.

Meanwhile, the risks can’t be avoided. Actually, the saying goes: the bigger the company, the larger amount of interested stakeholders, the higher vulnerability to the surrounding environment. As for now, the common view of taking risks within big organizations has a rather negative connotation. Even though risk-taking, higher flexibility and disrupting your own company has proven successful numerous times, still, most larger companies view it as something to be avoided at all needs. Hence, the terms “risk-management” and “crisis-management” are often merged in most of the existing material on the field.

However, doing the same over and over again, not promoting risk-taking within the organization, is at the cost of innovation. Which, in the end, is at the cost of growth. The decline of Kodak is a salient example of this. Once a global powerhouse of technology and innovation, and the original developer of the digital camera, Kodak is the often cited example of how a business can fail to effectively innovate and respond to disruptive technology.

It doesn’t really work to ask employees to take a risk on something new if the company isn’t risking something, too.

Things are changing, though. More larger companies has started to embrace, what the leading business developers has pointed out as a necessity for years – they have redefined risk. Classic examples of larger companies doing so are actually quite a few when the term is put in a global context. For example, Adobe has invented a Kickbox toolkit for their employees. The toolkit contains $1000 along with some printed materials about six steps, which Adobe wants people to follow in developing ideas for new products and services. Also, there is a Starbucks gift card and a candy bar, because we all know, that two of the four main food groups of innovators are caffeine and sugar. But that’s a whole other story.

Another great example of risk-taking comes from the established beverage-brand Coca-Cola. With roughly 140 years in business, the company has been practicing a “70/20/10-rule” for some years now. About 70% of their marketing investment is in what they call “now”, or established and successful programs. Then, 20% goes to “new,” or emerging trends that are starting to gain traction. Finally, the remaining 10% goes to the “next”, ideas that are completely untested. Moreover, those 10 are actually considered failures according to existing parameters – but could be successes according to new.

Finally, the global mass media corporation, AOL, has created a program called “Area 51”. The program is designed to empower top employees within AOL by providing an innovative environment within the company’s ecosystem. The employees committed to the program, get up to six months of funding, mentorship and accelerated development with an open door to resources, tools, and support from the talented AOL team and mentors. In other words, the employees get to act like a startup, with AOL giving them the time needed to bring a disruptive idea to life.

And these are just a few examples of ways, in which planning for internal innovation and rewarding the risk-takers, can be done in established and well-grown companies.

Learning and innovation go hand in hand. The arrogance of success is to think that what you did yesterday will be sufficient for tomorrow.

One of the more radical moves, a company could do in order to disrupt their own internal culture with the goal of innovation in mind, is injecting startup-DNA directly into their already existing culture. The reason for that is simple: a startup has an extraordinary culture for innovation. According to research by the Harvard Business School, at least 75 percent of all startups fail. Yet failure is integral to the success of those that survive. By accepting the risk of failure, and taking risks anyway, startups are truly free to innovate. Basically, they see risk-taking and the chance of failure, as a necessity to improve their product and/or business. A positive outcome of that mentality is, that startups gain fast insight in the external environment, and are able to constantly tweak, pivot and iterate their business model, design, product or service to fit their market and create customer value. So, the remaining question is, how to implement the startup culture in total and not only in (impressive) steps like Adobe, AOL, and Coca-Cola?

My favorite example of a company that has done so actually stems from one of the most established institutions in the world – The White House. The US Digital Service (USDS) is an 18-month old startup, located in the basement of The White House. The newly created in-house startup is staffed by some of the country’s best designers, engineers, and product managers. Many are employees of tech giants like Facebook, Google, Amazon, and Twitter, who sign up for “short-term tours of duty” to help fix government systems and services. Their tasks include finding ways to giving veterans quicker access to benefits, smoothing out the process for immigrants to apply for a replacement green card, and simplifying student loan paperwork. In doing so, The White House has dared what most established companies still somewhat hesitate about – they have invited people, who have no connection or profound knowledge to the field, which The White House operate within, into their culture

The results, however, are already showing, with the USDS pulling some early victories. A six-person USDS unit has helped create an online platform to replace the United States’ once-onerous paper-based immigration application process. Before they stepped in, the US Citizenship and Immigration Service had already spent $1.2 billion over 6 years to develop an online portal that never launched. Moreover, the USDS has recently released a web design style guide to help government agencies fix hard-to-navigate websites.

Hayley Van Dyck, a co-founder of the United States Digital Service, has given a super inspiring Ted Talk about the new start-up in the White House – go see it here.

With Adobe, AOL and Coca-Cola injecting some of the dynamic, agile and innovative core of a startup culture, and The White House being the Ferrari within the field, one learning lesson from this must be that innovation no longer is a buzzword. More than ever, it is a critical element in fuelling business growth and maintaining market share. Facilitating room for innovative processes by redefining risk and implementing elements of startup culture in the company DNA has proven to be beneficial for companies worldwide. Let me end this blog post by asking you a question. How many new inventions have come from saying: “How can we do exactly what we already do – just better?”….